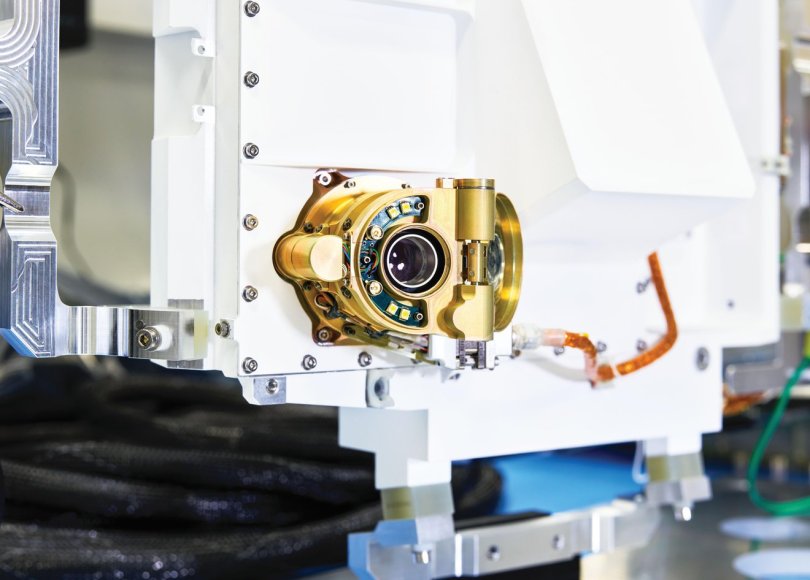 SHERLOC_WATSON is a pair… investigative and scientific… magnifying and methodical. In this batch of Mars photos, we have our detectives and unfolding it’s tools with it’s prying spectacles for the ultimate backtracking evidences.

SHERLOC‘s full name is a mouthful: Scanning Habitable Environments with Raman & Luminescence for Organics & Chemicals. “Raman” refers to Raman spectroscopy, a scientific technique named after the Indian physicist C.V. Raman, who discovered the light-scattering effect in the 1920s…courtesy of The Detective Aboard NASA’s Perseverance Rover

Then WATSON (Wide Angle Topographic Sensor for Operations and eNgineering) will take close-up images of the sample. It can snap images of Perseverance, too, just as NASA’s Curiosity rover uses the same camera – called the Mars Hand Lens Imager on that vehicle – for science and for taking selfies… courtesy of The Detective Aboard NASA’s Perseverance Rover

Pictures is worth thousand words. So, I’m just sharing all photos as captured by NASA Mars Perseverance Rover currently on the Red planet. Photo, crawled using NASA API. Really helpful delivered to my inbox. With additional steps, reflected the structured table into this post. Here’s how all Mars images were pulled from

You’re looking for something?